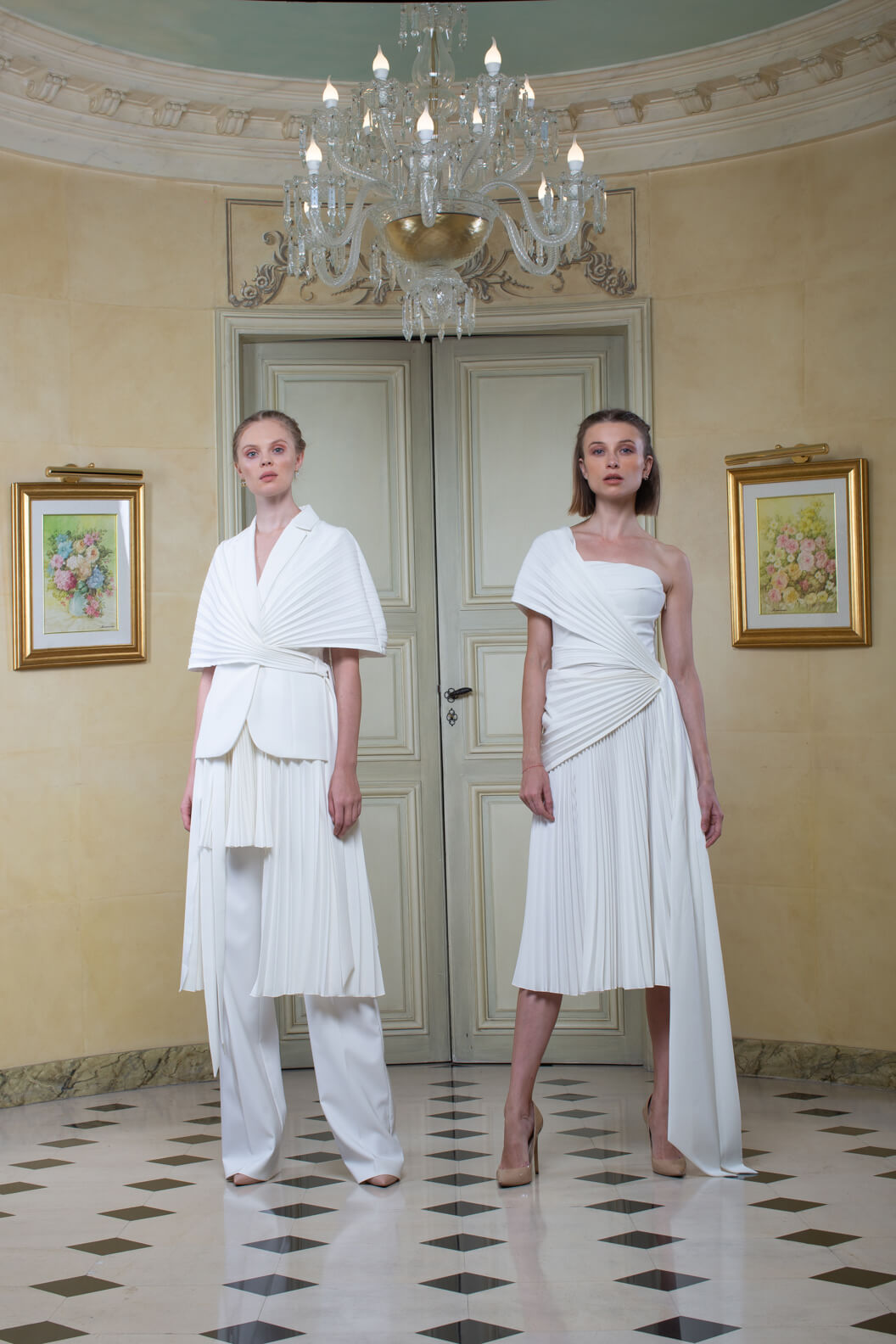 My childhood memories of the time I used to spend in the countryside of Al-Hadā and Ta’if in Saudi Arabia are engraved in my memory. I would spend long hours watching the local women laboring in the fields, resilient and hard at work on the land, and they in many ways forged a part of my personality. A recent trip back to the area and meeting again with some of these women, devoted not by duty but rather by choice, made me think about this age-old tradition, little changed for centuries, of women who toil through cold winds and under the burning sun from generation to generation. The expressive image of women in arduous motion, wearing the heavy layers of their traditional costume that they used to handcraft personally, is carved in my imagination.
I thought back to the talented woman of Bedouin times, and she inspired the ‘Evolution’ story for this season; she who climbed mountains, dug the soil and harvested the fertile lands. I admire her tenacity in cultivating her progress over the years, and her openness in welcoming change and striving to evolve with each successive era.
The collection stems from that woman who was born on a journey, with golden hands and an iron will; she who flourished into today’s accomplished, independent being. The ‘Evolution’ collection by Honayda takes elements from the Bedouin woman’s wardrobe, infusing them with a modern feel.
The 3-piece silhouette marks its return as a revisited basic, featuring long tops over wide pants marked with statement belts. Distinctive lace, molded gracefully to embrace the woman’s body, accompany ethnic embroidery transformed into 3D appliqués,
unwinding a hint of avant-gardism.
A route back to nature is drawn with shells embedded in sky blue and earthy red fabrics, painting a picture of the bittersweet nature of the Bedouin woman’s life. The collection delicately unfolds her strength through several prints derived from traditional costume
paired with motivational quotes engraved on contemporary fabrics.
Humankind was born to evolve and change for the better. And over the years, it is undoubtedly women who have proven themselves the most versatile. Resolute, brave, spirited; these are the women of the fields who inspire this and each of my collections.

Get notified with our latest collections
×