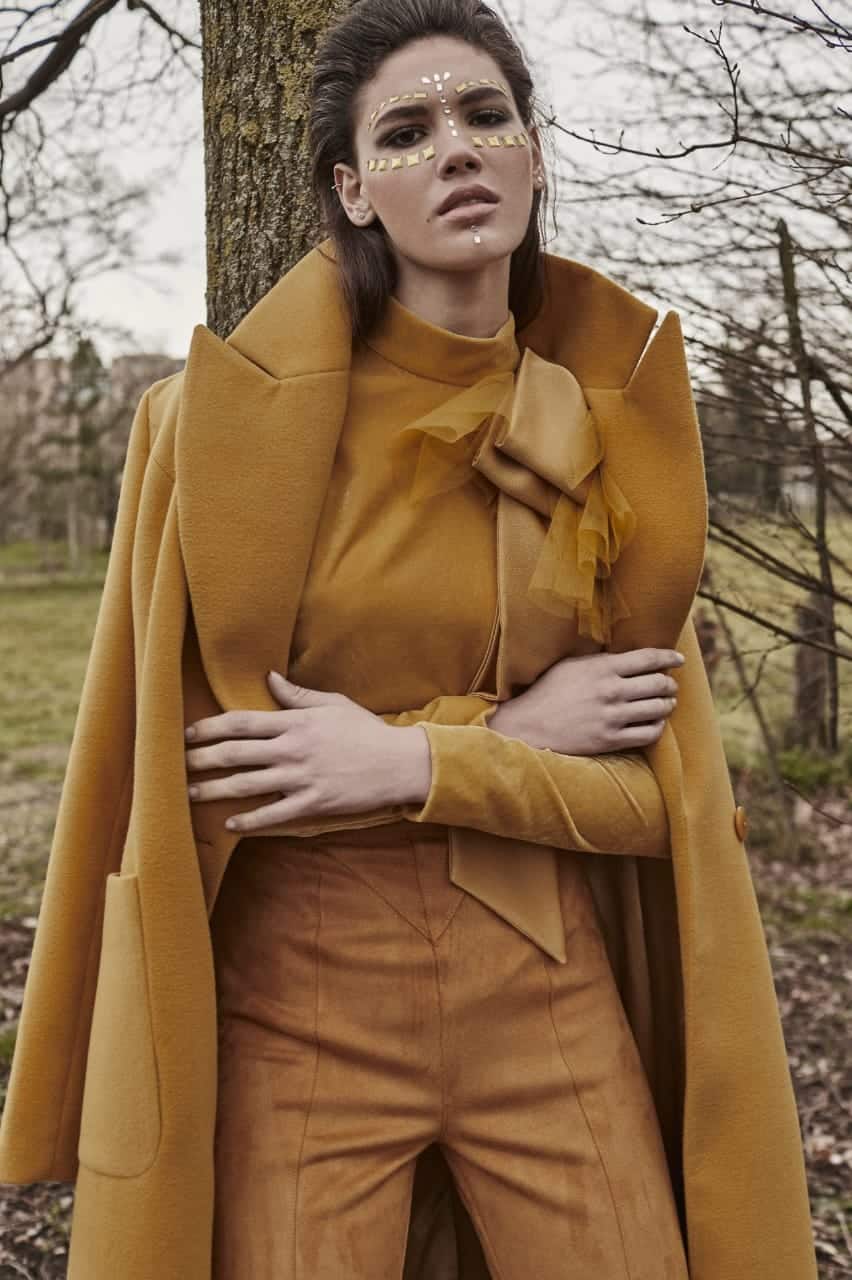 FW20/ Dihya – Divine From The Desert

Walking across the Tunisian/Moroccan desert, I got enchanted by the beauty of theuntouched wilderness. The colors painted by nature captivated me. I saw orange sand dunes brushing a purple sky that was smoothly getting darker by the minute. The scenery was picturesque, and it triggered my curiousity about the people of the deserts.
My eagerness to discover ancient cultures later led me to a book of the first queens of that time, who left a print in history. It told the stories of women warriors who ruled tribes, led wars and triumphed during the early ages.
This was when I discovered ‘Queen Dihya’.
Famous for her clairvoyance and her fierce fighting, she made me reflect on the female figure at large. She is led by her gut, but never neglects the reason. Queen Dihya represents the strong women of the past and the one of today for she had an enchanting charisma while being a savant of nature, devoting her findings into forging strategies.
Her Amazighi roots played a central role in this season’s inspiration, from the imperial accessories to the geometrical shapes. Metallic threads are subtly infiltrated in this Honayda collection, alongside luring satin and sequened tulle, diffusing light through the dark winter shades of purple and mustard, combined with graphical drawings reminding the essential elements in the Amazighi costume. Inspired by a culture having strong links with nature, florals are omnipresent in this season’s embroidery joining modern techniques of padded thread to the timeless designs, in addition to the wood element marking its presence in typical shapes of Amazighi accessories.
The FW/20 collection reveals powerful silhouettes, in a mix of imposing yet extremely feminine cuts highlighting the majestic curves of women; staying forever true to the brand’s codes. Deconstructed and neat lines are spotted along the collection through asymmetrical volumes and fabric combinations.
‘Divine from the desert’ arises from the women of the Arabian sahara, taking aspects of their traditional costume in a mission to shape them into our modern days wear. In a persistent quest to empower women, I aim to shed the light – through each of my collections- on a female figure that left her mark in the history of civilizations. This season, Queen Dihya not only translates the power of a woman’s mind, but also demonstrates her wit and strategical reflection in the face of danger.

WhatsApp Chat is free, download and try it now here!